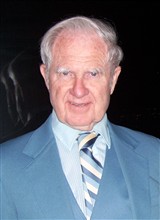 Ronald Whittemore has consistency delivered in all of his endeavors. From his early days serving in the United States Air Force and Navy to becoming a computer programmer, Mr. Whittemore currently sees success as an athlete. He has qualified and participated in the National Senior Olympic Games since he became eligible in 1995 and in that time has received medals in a number of events. Most recently in the 2018 qualifying games in Burlington VT, Mr. Whittemore won First Place Gold Medal in the Long Jump, Triple Jump and the 100 Meter Dash.

Mr. Whittemore earned 4th place in the Triple Jump in the all-time history of the National Senior Games in 2013, and was 2nd of all the Jumpers in the United States, and number 10 in all the Jumpers in the world. During the 2013 games in the Dartmouth Relays, Mr. Whittemore suffered a heart attack during that 60-yard dash won the Race and his time was number 15 in all of the US. He was named All-American, Long Jump and Triple Jump, in the New Hampshire Games in 2009. He competed for 30 years in 5K and 10K road races, often winning in his age division. Furthermore, he holds the record in Claremont for the most consecutive days running which is the second longest in New Hampshire, according to the United States Running Streak Association. .He has a long history of athletic accomplishments, including running the Boston Marathon in 1962.

After a long career in computer programming, Ronald Whittemore is breaking through his limits to achieve success as a senior athlete.

Site powered by Who’s Who Publishers